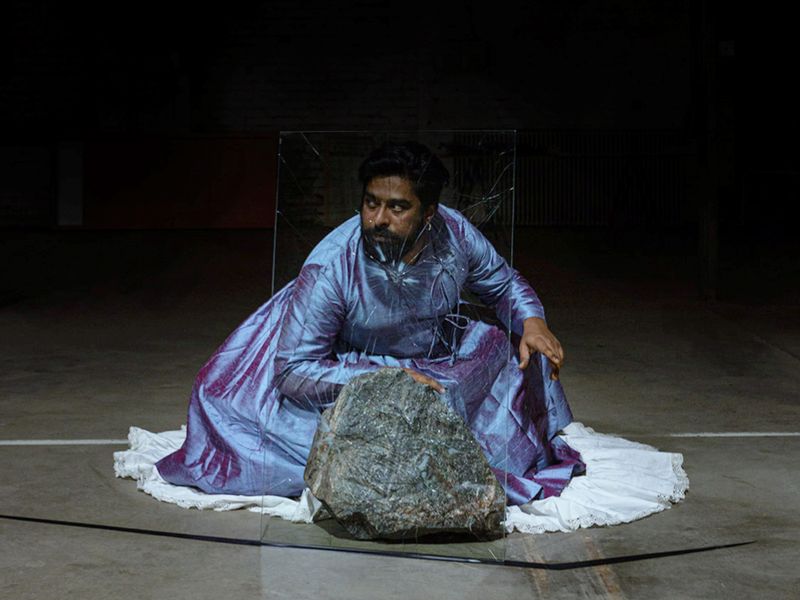 Violence & the culture it consumes/perpetuates is a fundamental condition lodged in the core of human experience. It is simultaneously private, public, self-intimating & collective. War is an easy thing to look away from, if we are sitting miles away – we change the channel, we compartmentalise them, sort and neatly fold them into civilizations, time periods, regions and nationalities. By accepting war as normal we have become passive participants. War tears, rends. War rips open, eviscerates. War scorches. War dismembers. War ruins. War is actually Hell.
To make visible this phenomena, I began research in 2014 to compile a timeline of ‘every war, battle, revolt, revolution, siege, sacking, rebellion, bombing & insurgency’, from 3000 BC to the present. This ongoing timeline/database is the foundation of the project, and forms the key ‘script’ for an ongoing multimedia performance-reading of this list, titled ‘Narrating War’.

As an endurance performance designed to last for hours & often days conducted in sites of violence, and sites of knowledge production, the act of reading, almost like a litany, is imagined as an act of mourning, of remembrance, & deterrence from continued violence & conflict: only when we are confronted with war in its entirety as a whole, as a continuous, singular event encompassing 5018 years, is there a possibility to be jolted out of our stupor & shed our complacence.

Narrating War focuses on the current situation of a permanent state of conflict across the globe, addressing violent incidents in the world not as isolated events but as a condition of an ongoing, unparalleled warfare – it insists above all, that to ignore what threatens us is both irresponsible and dangerous. The concern here is not to celebrate war, but to mourn those who have died – to deal with memory: During World War I, civilians made up fewer than 5 percent of all casualties. Today, 75 percent or more of those killed or wounded in wars are non-combatants.

The length of this performance varies depending on available time, and may be decided with the organizers. The performance will include a sound piece and a silent video, requiring a microphone, a projector, a sound system and speakers.

Previously, Narrating War has been performed in its evolving iterations, at: