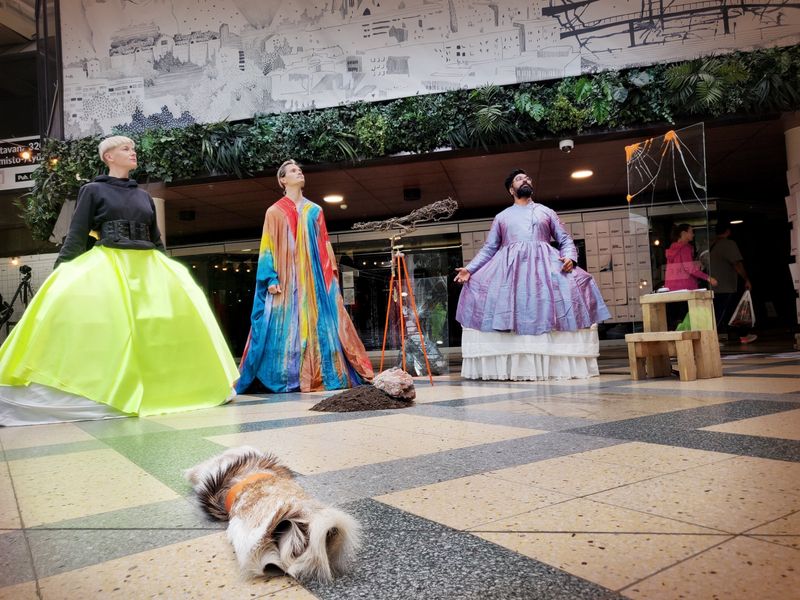 Narrating WAR is an invitation to imagine a relationship between the ‘known’ and the ‘unknown’ of our collective human history. It is an ongoing series of performance readings of a comprehensive list of ‘wars, battles, sacks, sieges, revolts, revolutions, bombings and insurgencies – from 3000 BC to the present’ that provides a comprehensive tableau of a history of human beings as a continuous history of violence and conflict.

This, the tenth iteration of Narrating WAR in the ongoing series of performances, is devised and re-imagined together with Helsinki based duo varialambo (Varia Sjöström and Hatz Lambo), the performance is an exploration of how to read a list of conflicts?

And so this performance is a reading of remembrance, of mourning, of not forgetting, of saying that the war that is coming is not the last one, or even that the war can be over if you want it. As such, it is a poetic encounter – where only the name of the conflict, it's date(s) of occcurence, and the parties involved are read out – without explanations, backstories, aftermath or judgement. Yet, to be immersed in the historical presence of war can be a powerful poetic encounter.

This spatially and temporally scalable performance is extended or reduced in accordance with differently available conditions, and at the New Performance Turku, Festival 2020: Mobilities, a four-hour performance is conducted where contemporary conflicts from the year 2000 to the present are read.

The complete performance duration of Narrating WAR is over 12 days, and the 4-hour iteration in Turku, performed in collaboration with varialambo, focuses on conflicts from the year 2000 to the present.