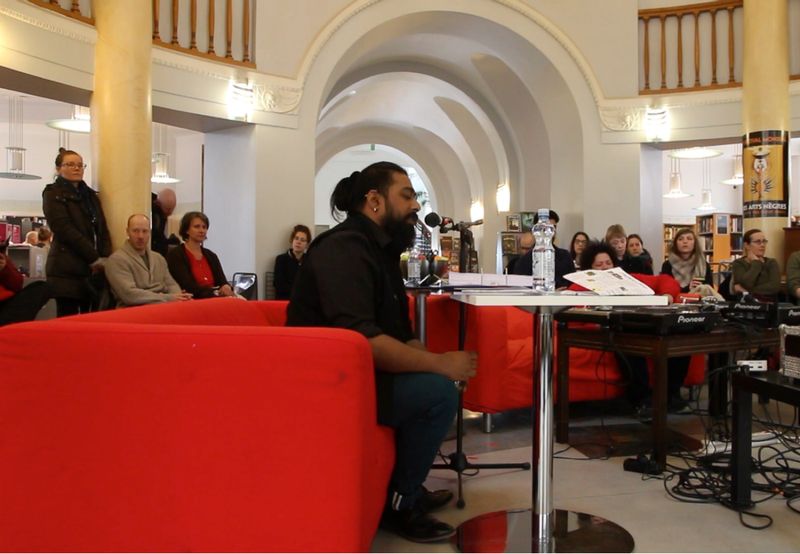 A 3 minute excerpt of my radio performance, which was a one hour Performance Reading of Wars from 2000 to 2011, at Kallio Public Library as part of Chimurenga’s Pan African Space Station live radio broadcast.

Originally titled null.void; // a sermon of nothingness and a space odyssey of zero movement and tycho magnetic anomalies, Narrating War is a Transmedia Performance-lecture recitation and Research Project. It comprises a procedural audio soundscape of glitch sounds using static and radio frequencies, and a performance recitation of a comprehensive list of every war, battle, siege, sacking, revolt and revolution, bombing and insurgency spanning 5014 years of human conflict and violence.

Narrating War is a part of a currently-in-developement project titled WAR • ROOM• ECHO: Regarding the Pain of Other Cyborgs.

For the full one hour radio broadcast of the performance, see The Chimurenga Archives