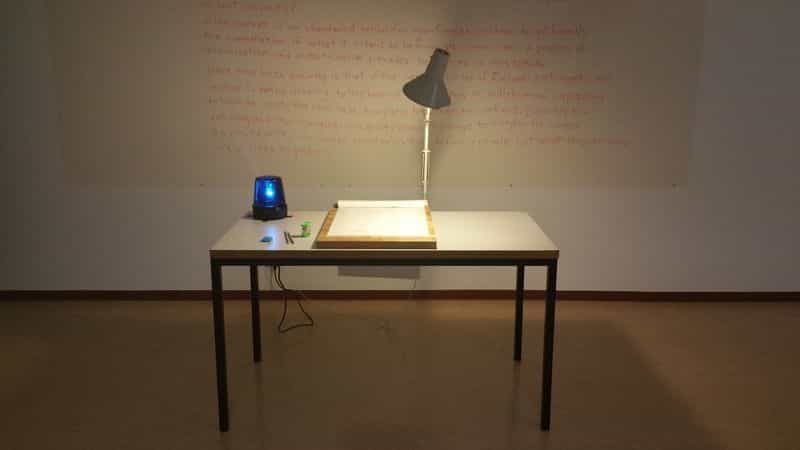 What does space mean on a national level? How does one’s own space reflect identity? Are space and identity a fixed thing or a fluid causal loop?

In the context of an abandoned school for non-Finnish children being taught Finnish, the connotations of what it means to be finnish seem clear. A process of assimilation and indoctrination pervades the nature of this space. How does one invade not just this space, but the mindset of those who created and are a part of it?

Unbecoming Finnish is the first iteration of an ongoing project. It is based on a traditional cell animation styled technique called ‘onion-skinnnig’, where a tracing is made based on the drawing underneath it.

Here, the base drawing is that of the national border of Finland. Participants are invited to make drawing ‘to the best of their abilities or indifference’ – appealing to them to create the next base template for others to continue. Eventually the drawing and the changing line quality causes the shape to morph ¬– no longer having the characteristic resonances to the national border, but just a shape to be played with; no longer boundaries that define a people, but what they actually are – lines on paper.

Eventually, an animation video will be made based on these participatory drawings.