Superheroes ~ Of Men and Supermen 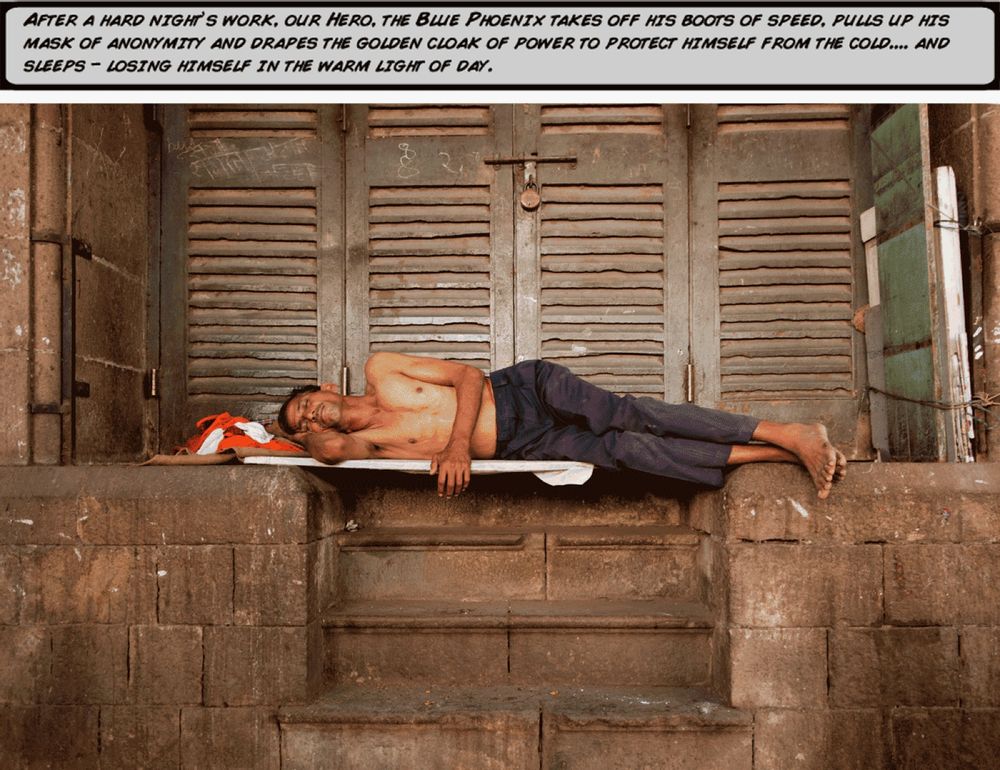 Of Men and Supermen is about the nature of truth, the hidden and the apparent and the difference between the real and fictional. They are extracted from a larger body of archival site-specific work based in Mazgaon and Wadibunder that is a cross-section of a layered and multi-tiered space, which comprises an eclectic mix of temporary setups, chawls, shanties and tenements, amidst more permanent historic landmarks and its inhabitants. Documenting the life and living conditions of specific loosely strung together communities of people forced me to revisit these sites on a daily basis, and resulted in these spaces becoming stages set for the performance of the everyday.

The performance of the everyday is an act of resistance, to help bring those who are on the periphery into the center of the gaze. Who are these who have been photographed? What alternate realities are being projected on them? Are their dreams and aspirations an illusion?

These performances enable the idea of the fictional to percolate into the realm of the real, generating a new urban metascape and transforming people into the Superheroes of their own narratives.

This body of work engages with the duality of identity, overlapping the real and the fictional, forcing them to coexist and dissolving the barrier between the two.