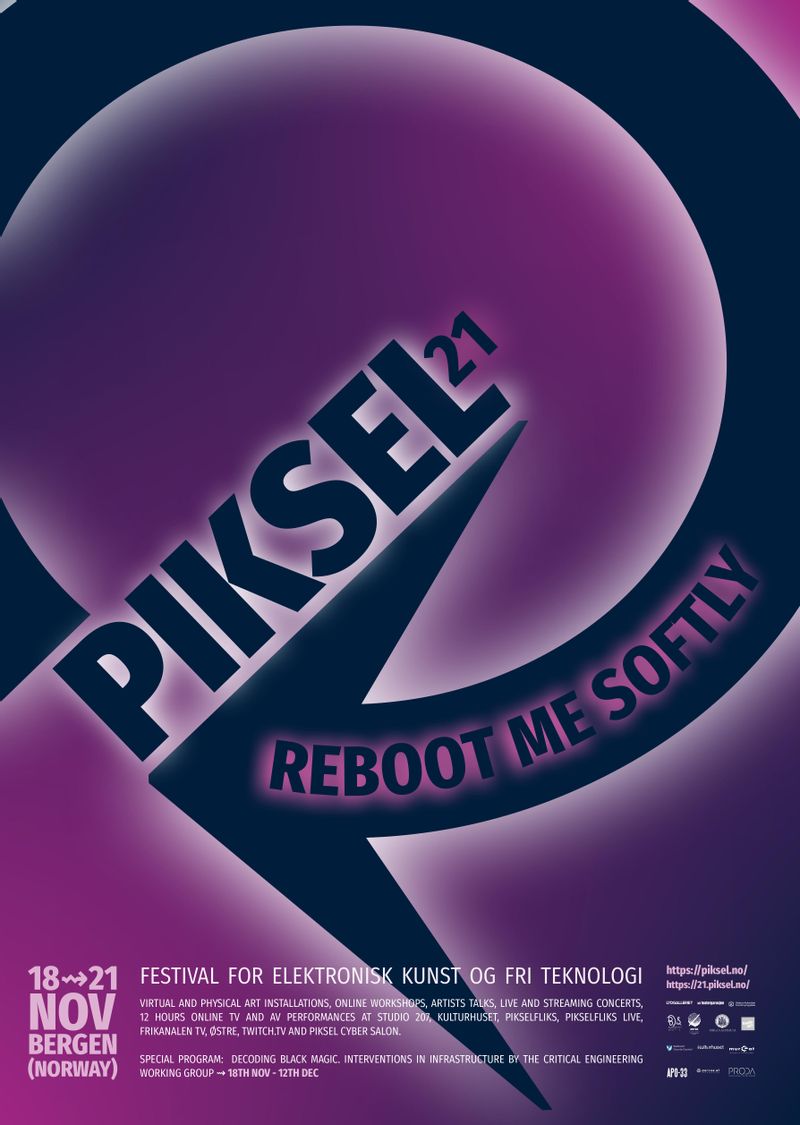 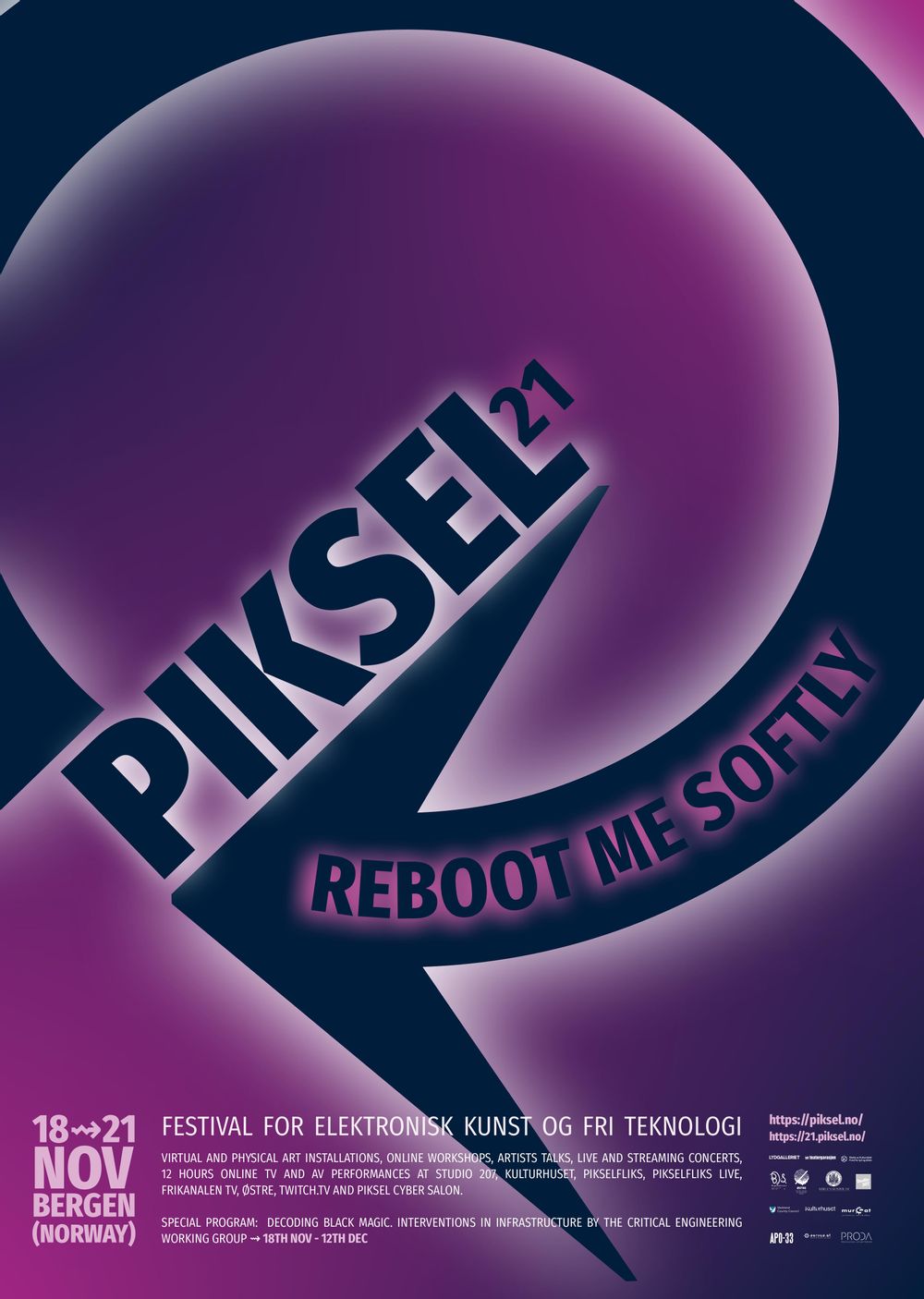 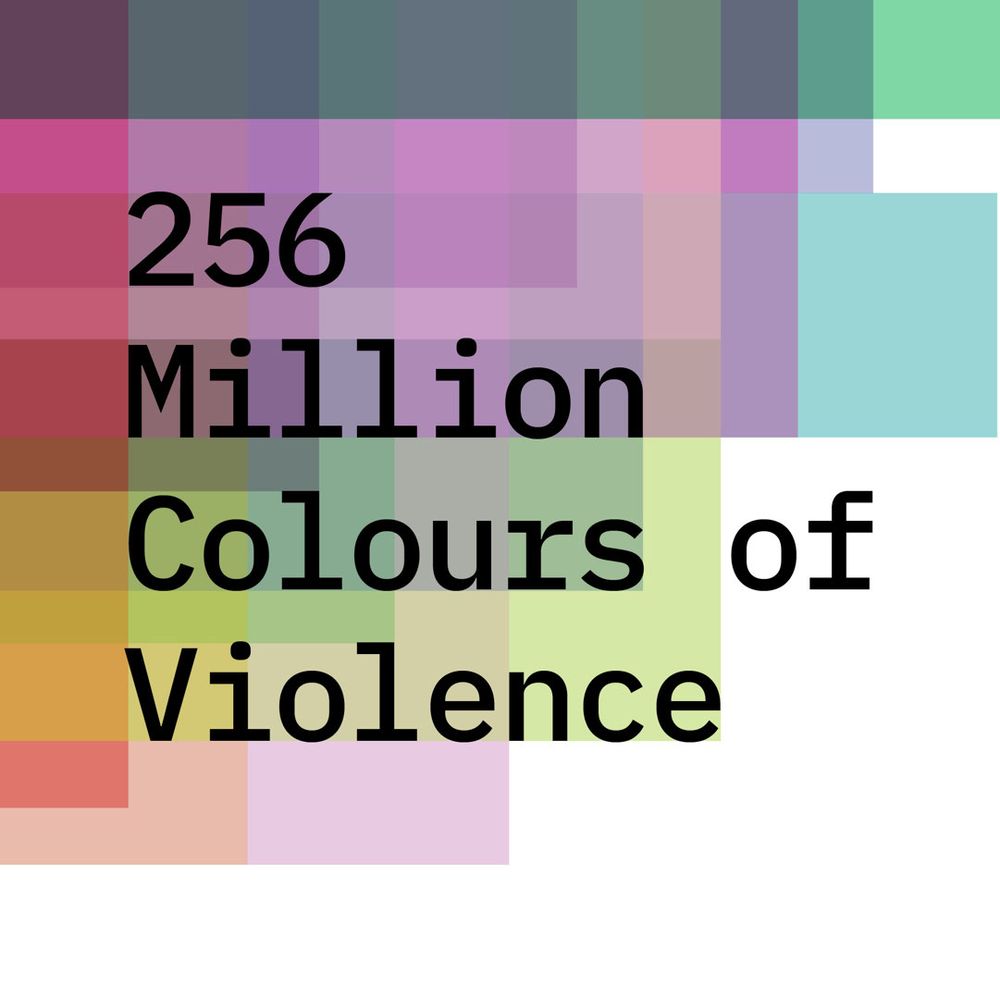 256 Million Colours of Violence was invited to be showcased online as part of Reboot Me Softly ↻, the 19th edition of the Piksel Festival for electronic Art and Free Technology.

Piksel is an international network and annual event for electronic art and technological freedom. Part workshop, part festival, it is organised in Bergen, Norway, and involves participants from more than a dozen countries exchanging ideas, coding, presenting art and software projects, doing workshops, performances and discussions on the aesthetics and politics of free technologies.

The development, and therefore use, of digital technology today is mainly controlled by multinational corporations. Despite the prospects of technology expanding the means of artistic expression, the commercial demands of the software industries severely limit them instead. Piksel is focusing on the Free/Libre and Open Source movement as a strategy for regaining artistic control of the technology, but also a means to bring attention to the close connections between art, politics, technology and economy.