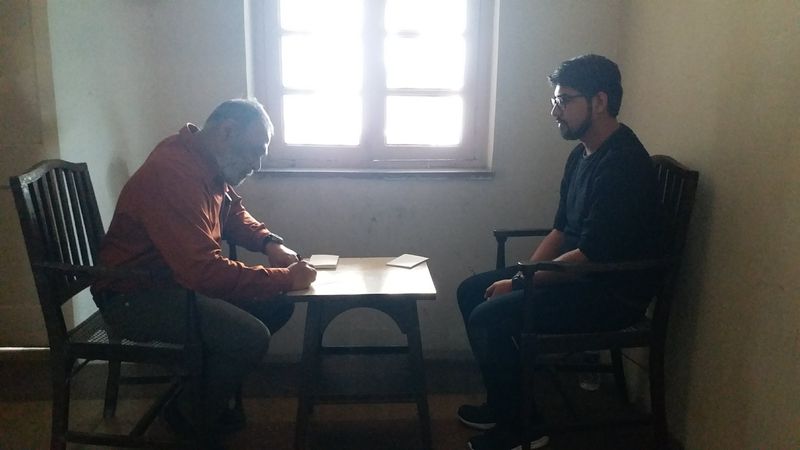 GarbageinGarbageOut is the fourth in a series of five performance and participatory installations, as part of the culmination of my residency at TIFA Working Studios.

Members of the audience were invited to participate 'in the archive' by interacting with the simplified manifestation of a cyber] archive through a series of controlled statements and requests. 'The archive', in this case performed by Luv Mehtani, was bound by a scripted introductory and closing statements, and with instructions to invite questions/statements from the audience. 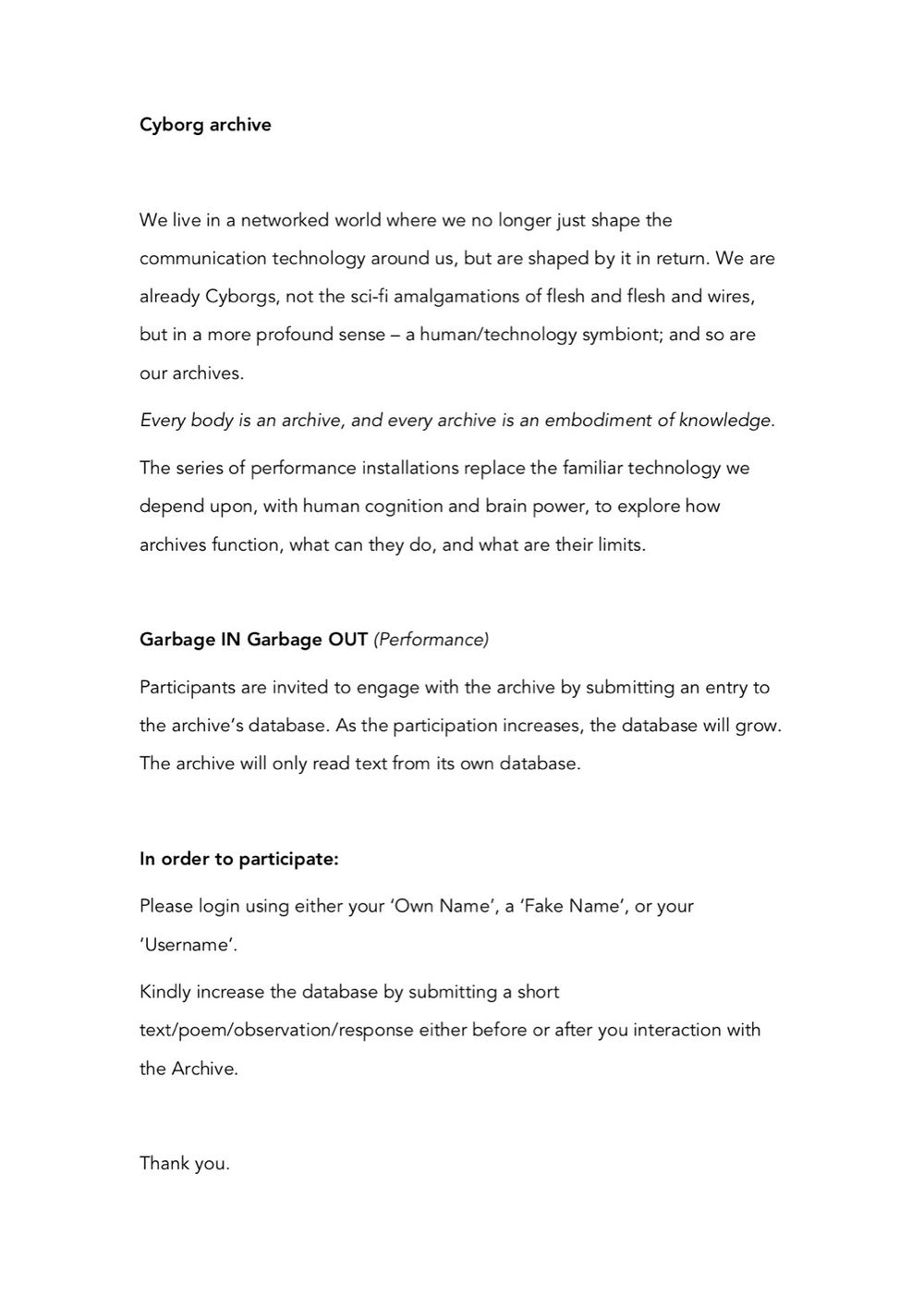 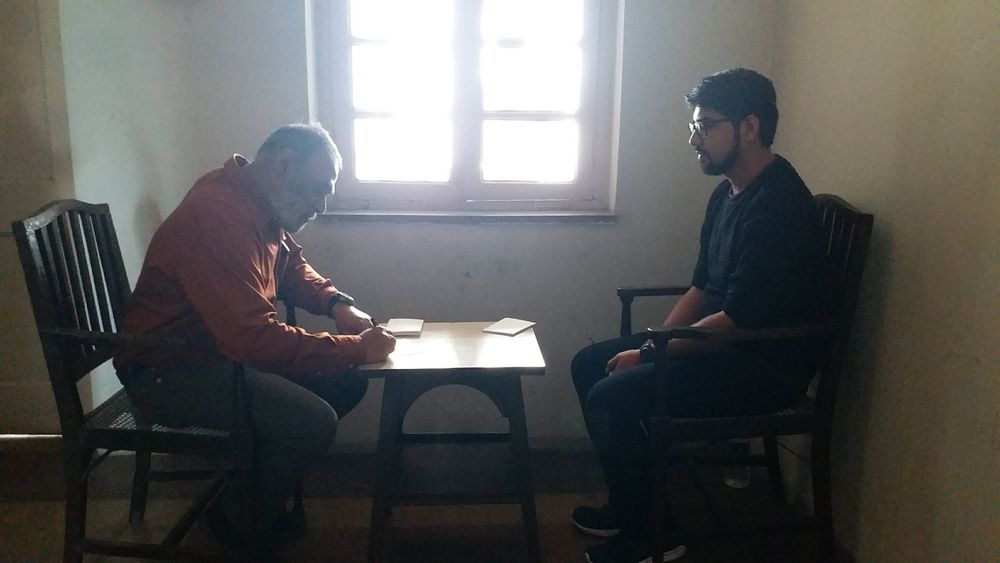 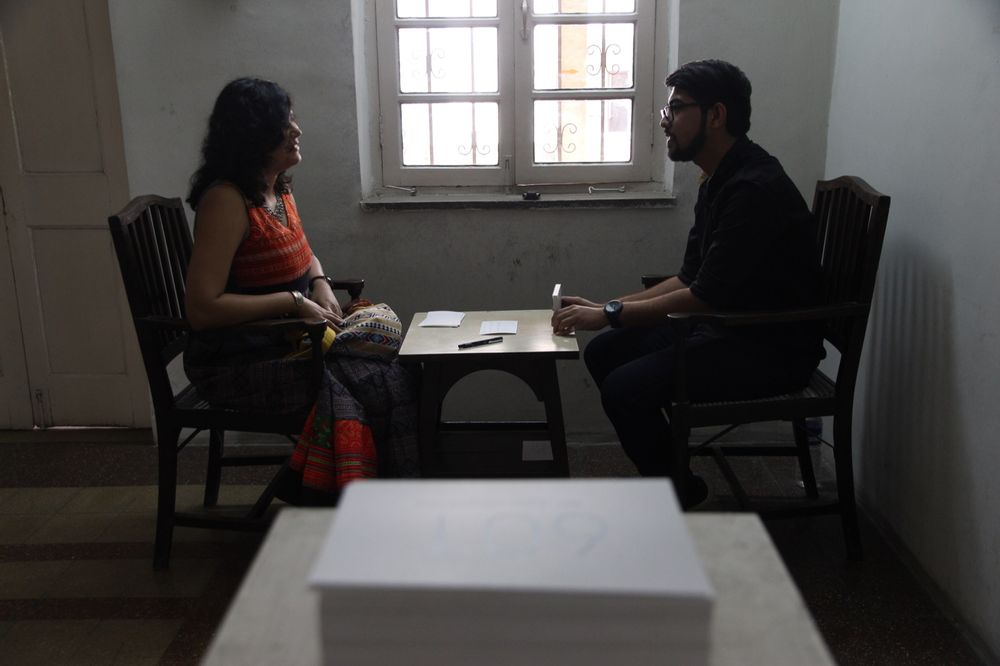 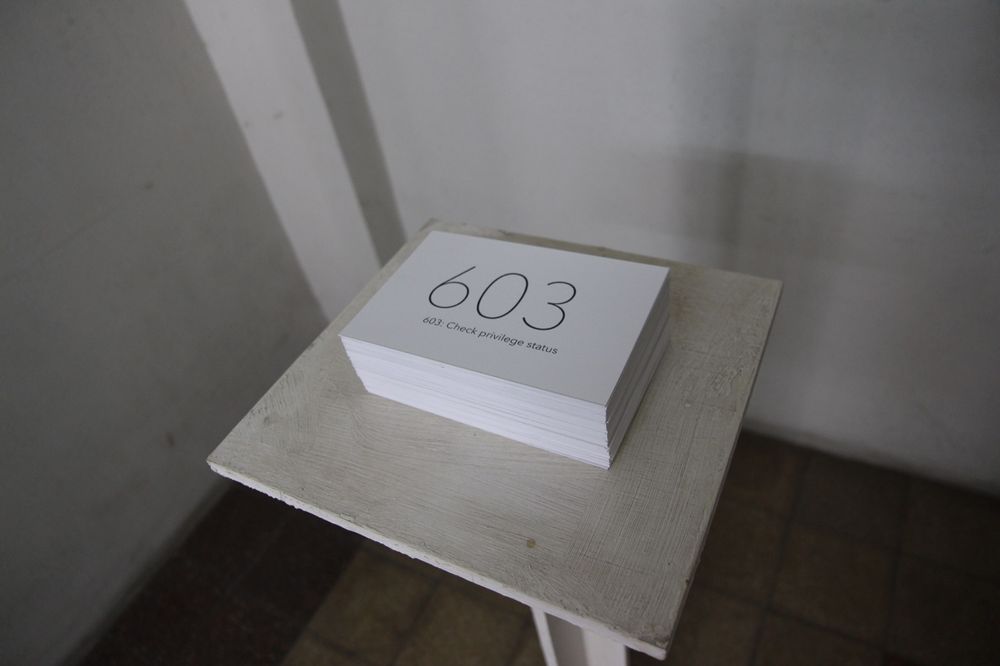 GarbageinGarbageOut is performed by Luv Mehtani, and the performance was conducted at TIFA Working Studios in the exhibition 'Assembly of Access', curated by Vidisha Fadescha, 2018.