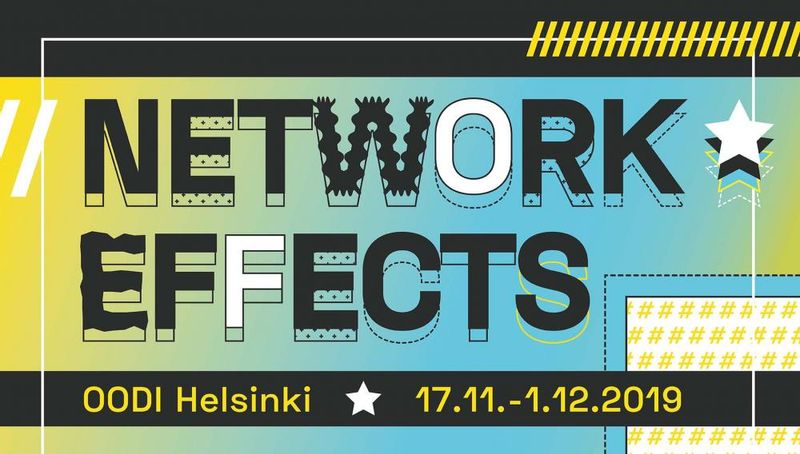 Network Effects is an international exhibition confronting the political, ecological, and psychological effects of today's online world. The projects investigate the online landscape of propaganda, profiling, and cyberwars, making visible the algorithmic manipulation of our experience and environment.

The concept of 'network effect' is used in economics to describe how the value of a service increases with each new user, enabling more connections within the network. It also explains the success of online services, when a critical mass of users adopt the service, making its value greater than its costs.

In today's web platforms, the surplus value is based on the labour and behaviour of the users, monetized through algorithmic profiling and manipulated by memes, trolls and fake news. Have we already reached a critical point, where the material, mental and political costs of the platforms have become greater than their value for us?

Combining tools of research, activism and technology, the artists of Network Effects expose and disrupt the dystopic logics of the online world. While doing so, they also encourage us to confront its mechanisms by opening up new pathways for agency and citizenship.

The exhibition is produced by m-cult within the European Media Art Platform EMAP, with support by Creative Europe programme, City of Helsinki, TAIKE Arts Promotion Centre and AVEK.

The Sprawl (Propaganda about Propaganda)

The Hidden Life of an Amazon User