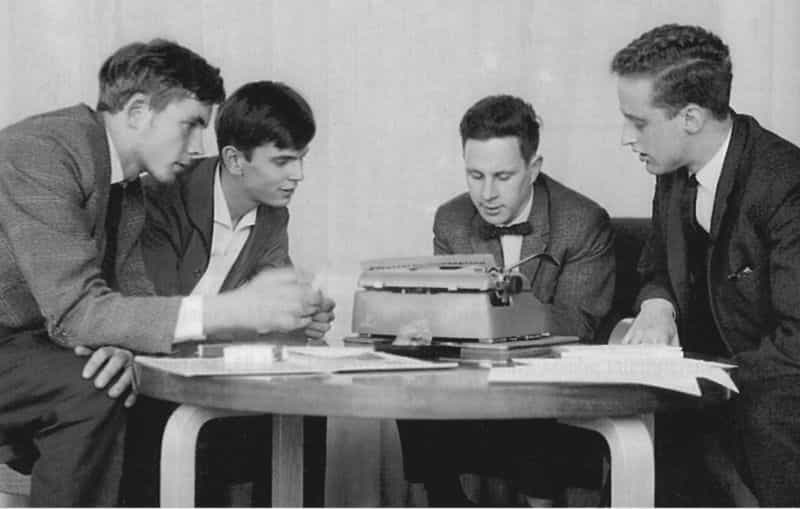 An Ode to Erkki Kurenniemi

The general data network integrates television, radio, telephone and data communications into itself.

The network is hot.”

Erkki Kurenniemi (1941, Hämeenlinna, Finland) was a Finnish designer, philosopher and artist. He is considered one of the leading early pioneers of electronic music in Finland, best known for his electronic music compositions and the electronic instruments he designed. A former student of mathematics, theoretical physics, philosophy and nuclear physics, his practice spanned a diverse range of media art, happenings, and short films. Kurenniemi also built several electronic musical instruments for himself and for others, such as Ralph Lundsten, Osmo Lindeman, and M. A. Numminen. In the early 1970’s he developed a series of digital synthesizers, called DIMI. Kurenniemi is also a science populariser, a futurologist, a pioneer of media culture, and an experimental film-maker.

Kurenniemi completed the majority of his instruments, electronic compositions and experimental films in the 1960s and 1970s. Between 1962 and 1974, he designed and constructed ten electronic instruments and studio devices when he was working as a volunteer assistant and founded the 'Electronic Music Studio' at the Department of Musicology at the University of Helsinki. The studio had a leading role in the development of Scandinavian electronic music and is still functioning today, as the oldest electronic music studio still in active use in Scandinavia. The studio was used by Kurenniemi for his own compositions including the improvised ‘On/Off :

“my first and so far best electronic composition. Its name reflects the idea that in a distant future computer music studio the only control should be an ON/OFF switch.”

From 1963 onwards, other composers began to visit the studio including Reijo Jyrkiäinen, Henrik Otto Donner, Bengt Johansson, and Erkki Salmenhaara. Through the studio the Finnish Avant-garde scene established strong links with Karlheinz Stockhausen and the WDR studio in Darmstad, Germany – the leading influence on electronic music at the time. Kurenniemi worked at the university studio until the end of the sixties, when he left to found his company Digelius Electronics Finland Oy, founded in 1970, to build and market his electronic instrument designs. The company was funded by The Finnish National Fund for Research and Development to develop the DIMI-A, but by 1972 the company collapsed. In addition to the Musicology Department, Kurenniemi also worked as assistant and senior designer at the Department of Theoretical Physics from 1962 to 1973, during which time Kurenniemi earned a Bachelor of Science degree in 1968.

Kurenniemi was a pioneer of industrial automation and worked as a designer of control systems for Industrial Robots at Oy W. Rosenlew, Finland, in the seventies, where Kurenniemi created the first commercially manufactured and marketed microcomputer in 1973, two years before the American MITS Altair; an automation designer in Nokia's cable division in the early eighties; and as head of exhibition planning at the Heureka Science Centre in 1987-1999. The exploratory search for new species of user interfaces for musical instruments and the semi-automatic generation of music have been among Kurenniemi's main goals during this phase of his career. At the time of his death in 2017, Kurenniemi was working as an independent researcher, specialising in subjects such as artificial intelligence.

During 1970 to the late 1980’s, Kurenniemi worked through a computer-based artist collective, Dimension Activities, developing computer graphics programs, exhibitions, participating in exhibitions through the group. He was also interested in the future of computer games. For Kurenniemi, making art was primarily about testing different technologies, and he presented his paintings in public, or as blueprints. A number of his short films, such as Electronic Music Player Dimi-S (1972), and A Robot Master Chaynjis (1982) are currently among the Museum of Contemporary Art Kiasma collections.

Kurenniemi’s practice has been a radical combination of artist and scientist that was decades ahead of his time. This radicality has meant that his visionary ideas were often compared to the stuff of classical science fiction. In 1983, he described the artist tool to be a device:

“a pocket computer that can be connected to any screen or projector or network. The housing contains also a colour video camera and a small colour monitor (perhaps even holo). The device also works as a tape recorder. You can talk to some programmers, they can understand simplified language, the words they understand appear on the screen as text. You can draw on it in colour with a light pen. The overall tone of the picture can be altered with a programmed transformation of the level of colour. If you want to save memory, after drawing a circle you can give the program an idealised command, and all it has to remember is the place of the center and the radius. Motion pictures can be animated one frame at a time by making the desired hanges in the previous image with a pen or by spoken commands and transferring the images to memory. Or by giving the elements of the images their trajectories and speeds.”

As an incomparable testament to his own capacity for visionary thinking, Kurenniemi started obsessively documenting his life and daily activities, collecting vast amounts of audio-visual-textual material to make a digital 'back-up' of his life – as a template of all human life . This documentation is now preserved as The Kurenniemi Archive, an archive that contains comprehensive diaries ranging from 1970s to 2005. He imagined this archive as an attempt to provide the necessary materials and parts of his own life, for someone in the future, for when science would have developed sufficiently to re-animate matter and bring a person back to life. He called this process ‘re-emergence’, and calculated 2048 to be the right time when technology would have advanced enough to accomplish this. Kurenniemi's work can be seen as a database-body in progress – as a living archive in the spirit of his project.

Kurenniemi recorded diaries and lived meticulously according to a pre-specified order and provided public and private overlaps in the order in which they occurred. The books describe the private and public, ranging from his personal life, everyday routines, relationships; work related information such as talks, interviews and process oriented notations on work; as well as references to simpler transactions, such as cafés and restaurants bills, glued receipts, small leaflets, etc. They form a perfect cross-section of the local culture of Helsinki of the 1970s. His archive was exhibited as part of Documenta(13), 2012, titled 2048.