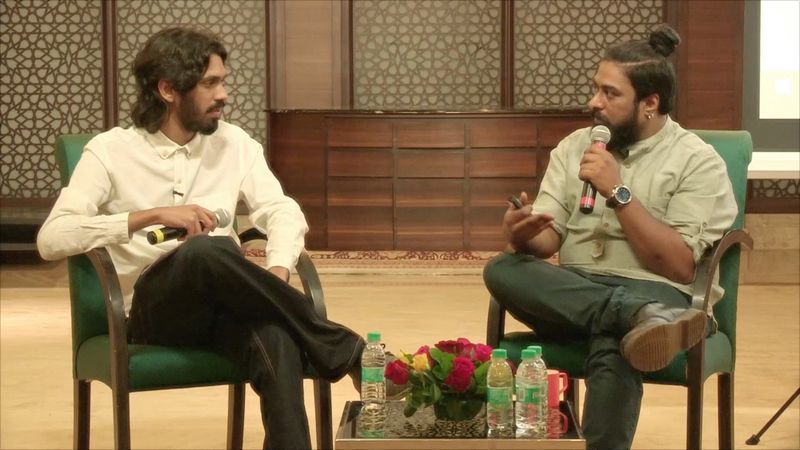 Ali Akbar Mehta talks to Kevin Lobo about his project '256 Million Colours of Violence' and the urgency of asking questions. They discuss tools of inquiry used and attempt to dissect the various narratives presented through the survey. Inquiries into colour, violence and their perceptions can lead to multiple directions – the conversation looks at how the narrative experience of colour may be embodied, embedded and extended in the contexts of these meanings.

The conversation was conducted in Piramal Museum of Art, as part of Limitations of Liability, an eight day program between March 17 to 28, 2017, structured around ‘256 Million Colours of Violence’ – an interactive survey-based-research project, asking people 'What according to you, is the Colour of Violence?'.

The project began in 2016, and now includes more than 200 entries of people from all walks of life. 256 Million Colours of Violence is available to the public for free. The exposition of survey results were installed along with a participation booth at The Mumbai Assembly and Harkat studios inviting everyone to participate in the ongoing survey.

Limitations of Liability was held across three venues:

You can know more about the survey and participate at www.256milioncoloursofviolence.com