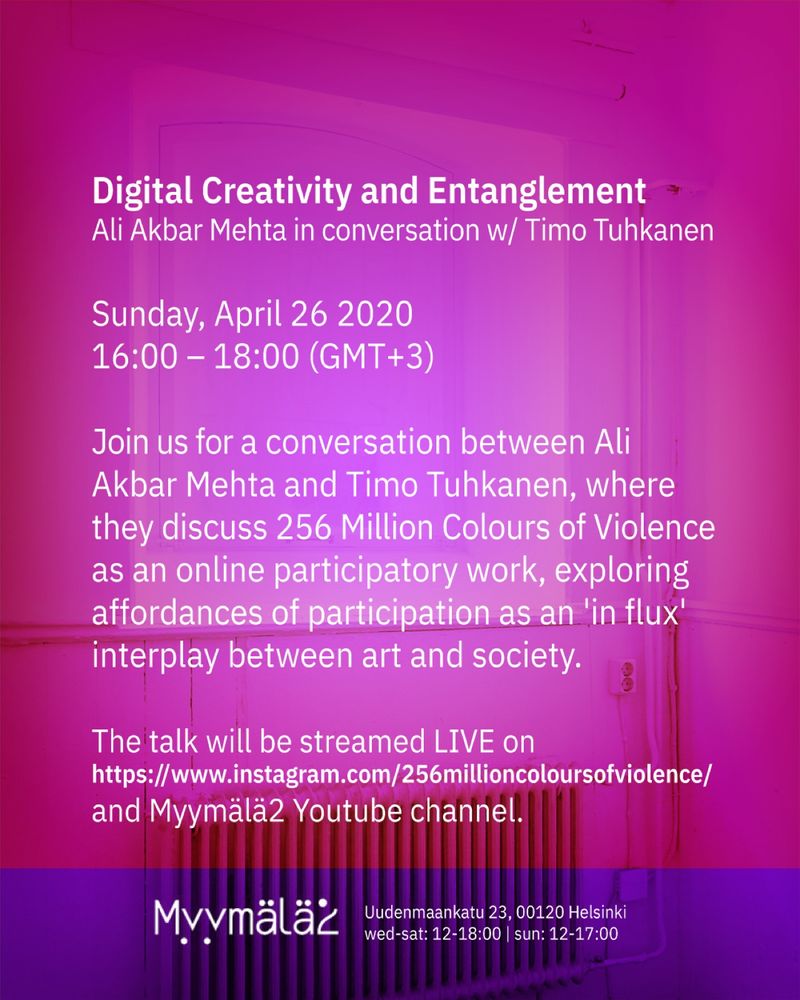 256 ~ Digital Creativity and Entanglement: In conversation with Timo Tuhkanen

Ali Akbar Mehta and Timo Tuhkanen discuss 256 Million Colours of Violenceas an online participatory work and explore the affordances of participation as an interplay 'in flux' between art and society.

The discussion unpacks the political promises offered in the first generation of the Internet, where 'Cyberspace' was a term of endearment for those familiar with its alien potential and unknownability, where cyberspace seemed to promise a kind of society that real space would never allow – freedom without anarchy, control without government, consensus without power. In the words of #Dave_Clark’s manifesto that defined this idea: “We reject: kings, presidents and voting. We believe in: rough consensus and running code.” The information age was to replace tired ideas like voting, legislation, and territorial representation with flexible, consensus-driven rules, created by informal communities organized by interest and expertise rather than the arbitrary condition of location.

This is the third conversation live streamed as part of the exhibition 'Is there a room with just a colour?', at Myymaälaä2, Helsinki.

"...all the talks we had during this exhibition made me think about violence in my own environment, my own rooms. What I realised in a more conceptual way is that for me violence is always related to faces, especially the faces I've seen doing violence within my normal everyday life. One such face which has following me around is from anime and I've drawn it here to be seen. The frame is an extreme zoom of just a grin, it appears in more than one series and is used to depict psychopaths. The grin appears when the person has committed violence and they know they were not seen doing it. I find the way the nose is represented to be the most interesting thing, but I think it also speaks about the headlessness and faceslessness of violence even when its obviously there; the representation of just the colours resonates easier in the viewer than the full material person..."